The History of CCA and Head Start 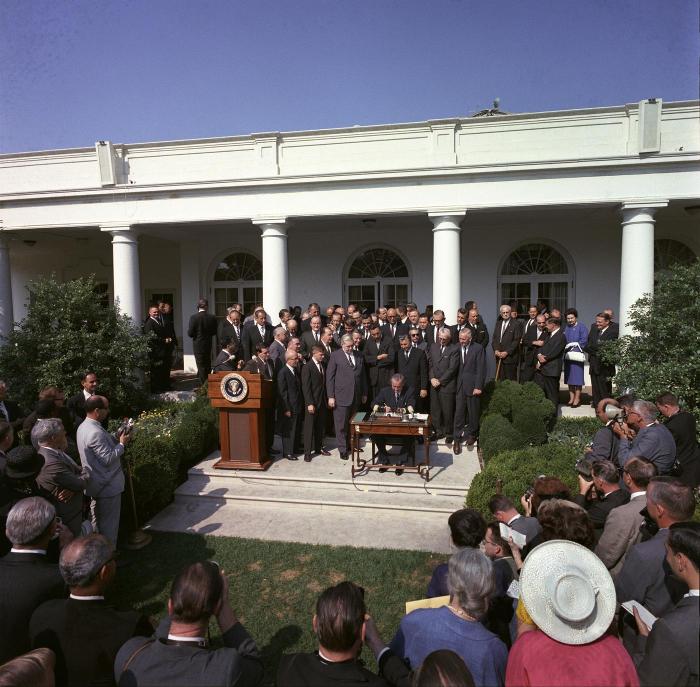 On August 20, 1964, President Lyndon Johnson signed into law the Economic Opportunity Act as part of his "War on Poverty," which created the nationwide Community Action Network.  The purpose was to expand educational opportunities, eliminate poverty, provide health and financial assistance to the elderly, and increase assistance for the poor and unemployed.

The York County Economic Opportunity Commission had been previously established and by August 2, 1965, Carolina Community Actions, Inc. (CCA) was incorporated to include Chester, Fairfield, Lancaster, and York counties as the service area.  On December 8, 1965, CCA was officially recognized and approved by the Office of Economic Opportunity (OEO) and received its first grant funds.  Mr. J. Lee Spratt was the first Executive Director of the cooperation with Mr. C. Ross Rutledge serving as Chairman of the Board of Directors.  Due to the geographic area of service being altered through federal directions and actions, the Board of Directors voted on November 4, 1974 to amend the charter and add Union county as part of the CCA service area.

President Johnson announced Project Head Start in May 1965.  The program began out of the Office of Economic Opportunity in the summer of 1965.  A single line in the Economic Opportunity Act authorized the Head Start Program that would assist millions of children and play a role in establishing the children's television show, Sesame Street.

CCA Head Start has served thousands of children and families since 1965, growing from an eight week demonstration project to include full day/year services and many program options.  CCA Head Start, in partnership with home and community, prepares young children to learn, to achieve their fullest potential, and become life-long learners.  The program provides developmentally appropriate programs, early intervention when needed, a safe and supportive environment, and equal access to diverse experiences, economically and educationally.